In the 1970s, when the slow cooker was released, the cost was about $25 per unit. Though considered relatively expensive for the time, overall, using a slow cooker saved people a lot of money.

So, are slow cookers cost effective? Yes, they are!

Because slow cookers are more cost-effective, those who used a slow cooker saved money on their utility bills and saved time by not having to stand over a stove watching their food cook.

Is a slow cooker cost-effective

Many factors determine if a slow cooker is more cost-effective than using an oven or range. The most significant factor is the cost of energy where you live, which varies from state to state, but overall, the slow cooker is more cost-effective. Additionally, those who live in a hotter climate and use air conditioning can save energy by not cooling the home to compensate for using the oven for a few hours.

Is a slow cooker expensive to use

Slow cooker costs depend significantly upon the energy used. Cooking in a slow cooker generally takes between six and ten hours, depending upon the meal and temperature. On average, when using a $0.11 per kWh rate, the slow cooker uses 0.8 kWh for eight hours of use, which costs about $0.88. At this rate, using a slow cooker is not as expensive as using an oven or range.

Is it cheaper to use a slow cooker than an oven

Slow cooker will save you money, for sure. I spend a lot of time researching slow cookers and to save you time and money, I narrowed down the best selection in the table below. These slow cookers are best rated and most loved by home cooks in the USA. 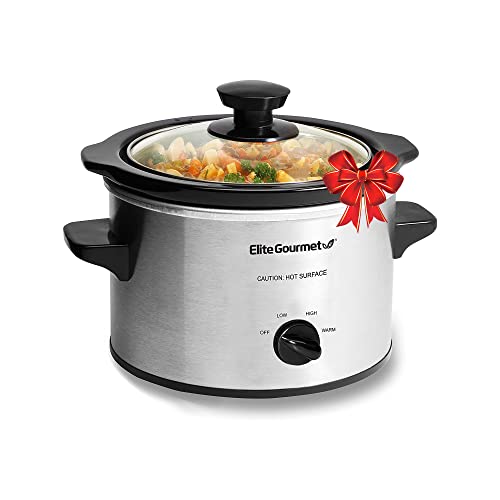 Is it worth buying a slow cooker?

Slow cookers prepare meals at temperatures between 170° F and 280° F. Slow cookers heat food over an extended period at this temperature but allow for food to cook evenly because of its wrap-around design. Slow cookers use a combination of slower cook times, direct heat, and steam for a safe and cost-effect method to cook food.

In addition to being more cost-effective, slow cookers offer a lot of conveniences. For example, once the meal is in the slow cooker, you only need to stir it a couple of times. So busy moms can put dinner in the slow cooker while the kids play in the morning, and later that day, dinner is all ready to serve.

How much electricity does a slow cooker use per hour?

Most slow cookers use less energy than a standard light bulb; however, the overall energy usage depends greatly upon cooking on the low or high setting. Other factors affecting the energy used include the size of the slow cooker and cooking time. On average, per hour, a slow cooker uses between 0.1 kWh to 0.3 kWh of electricity, depending upon many factors.

Below are five slow cooker models and how much electricity used per hour based on the total watts of each cooker:

What affects the electricity used when cooking in a slow cooker?

The calculations above only provide a rough estimation of how much it costs to operate a slow cooker. Many factors affect the total slow cooker energy consumption, including size, options, length of cooking, and slow cooker model. Continue reading to learn how each one of these affects the total electricity consumption of slow cookers.

The total energy consumption of a slow cooker varies depending on the size. Larger slow cookers use a considerable more amount of kWh than smaller ones do. In addition, because the surface area of the heating plate is larger, there is a need for more energy usage, regardless of how much food is inside.

Most slow cookers come with three cooking options — low, high, and warm — all of which can affect the energy used. These options are great because not all meals require the same temperature to cook. However, it is best to cook on low most of the time because meats have the best flavor and use less energy. Cooking on low may require additional energy usage; however, cooking on high for less time uses more energy than cooking longer on low.

The time it takes to cook a meal in a slow cooker is the ultimate decision-maker when determining how much energy it uses. Cooking times vary depending on the meal and at what temperature, affecting the total kWh used.

Every slow cooker is different. Differences include size, watts, and features, all of which can affect the energy needed to operate the slow cooker. The amount of energy used depends upon each make and model of slow cookers.

Besides electricity, what are some indirect cost efficiencies of slow cooker?

Slow cookers are for the frugal-minded because most models are inexpensive, and they are cheap to operate.However, there are many additional benefits to using a slow cooker. Continue reading to learn more about why to use a slow cooker:

Slow cooker meals generally do not call for added oils or fats, which makes them healthier.Most of the time, water replaces using heavy oils and greases in the slow cooker. Essentially, water is more cost-effective than paying for oils and greases to cook in.

It is as easy as 1-2-3. To use, layer the ingredients in the slow cooker, set the temperature, and forget it! It is possible to put the meal in the slow cooker before work, and dinner is ready and waiting upon returning home. Having meals ready iscost-effect because there is no need to stop at a drive-thru to pick up dinner after work.

Using a slow cooker means there is no need to have multiple pots and pans to cook a single dinner. Everything is in one pot, which means there is less to clean up. Most slow cookers have a removable pot, which often only needs a good soaking and wipe down. Plastic liners can be used and thrown away after cooking.

With such an easy clean-up, cooking in a slow cooker helps provide even more energy savings. Fewer dishes to wash means less water used and less energy to heat the water for the dishwasher.

With everyone living busy lives, using a slow cooker helps save time for those precious life moments. Place the meal in the slow cooker, and it cooks all day with only a couple of stirs throughout the day.

Time is just as valuable as the energy used to cook a meal. Since meals can be set in the slow cooker and forgotten for most of the day, it is possible to do other things. There is no need to stand over the stove wasting time waiting for the meal to cook.

Instead of wasting time slaving over a hot stove, it is possible to enjoy time with the family, get some work done, or kick back and read a good book.

Using a slow cooker is a very cost-effective method to cook. A slow cooker uses less energy most of the time than an oven or range, which means it costs less to operate. Additionally, there are many benefits to using a slow cooker, including saving valuable time and money on air conditioning bills.

Photo credit: “Slow cooker Teriaki ribs” by EatLiveGrowPaleo.com is licensed under CC BY 2.0

Slow Cooker Wattage: How Much Electricity Does Your Cooker Use

Grapes are a highly-perishable commodity. That's why the method of storage and the type of storage containers are so important. Even when placed in the refrigerator, there are factors that will...

The right storage container will maintain the crispness, gumminess, and chewiness of your macarons over a longer period of time. According to a 2020 study published in the Korean Journal of Food...