In addition, you may save an extra buck or two by grinding your own meat. You may be wondering: can you grind frozen meat?

Yes, frozen meat can be put through a grinder. This is the ideal texture for meat when grinding the meat. However, it is important to note that the meat should preferably be semi-frozen. Frozen meat can be thawed until the pieces come apart, while fresh meat can be put in the freezer for up to 30 minutes to help the meat hold its shape better through the grinder.

How to grind frozen meat

Set the meat in the refrigerator in order to allow the thawing process to take place. Keep an eye on your meat as you do not want it to thaw out too much. Ideally, the meat should still be semi-frozen but thawed enough to easily pull the meat pieces apart.

Place some of the food equipment that you will be used to grind the meat in the freezer to cool it down. As previously stated, grinding meat may raise the temperature of the meat, which may invite bacteria and food-borne illnesses.

Once the meat has been thawed sufficiently, reassemble the meat grinder or food processor. Make sure you are using a quality and sturdy meat grinder. The cheap ones just won’t do the trick. Here is an example of a good meat grinder: 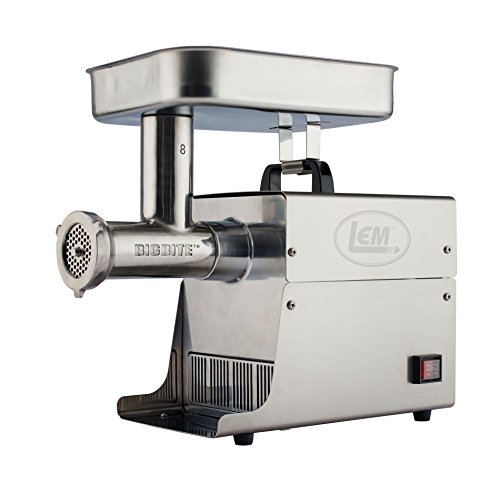 By cooling down elements of the grinding/processing machine, you ensure that you get perfectly sized meat particles that do not form a paste.

When opting to grind large portions of meat, section by section, place the remaining meat on ice to prevent it from contracting bacteria.

Place the meat in the grinder/food processor in small batches and slowly grind/process until the meat has the desired size, texture, and consistency. During this step, you may want to add a few garlic cloves, depending on how much meat you will be grinding up.

After the meat has been processed, you may include other ingredients such as spices and any type of marinade that you would like to include.

After your meat has been put through the grinder, you may continue to cook it to your liking. As previously mentioned, for health reasons, it may be best to prepare your meat as soon as you are finished grinding the meat.

There is a distinct difference between grinding fresh and frozen meat. Ideally, the meat should be semi-frozen to obtain the best results.

Fresh meat is very tender and will end up clogging the grinder while also producing a batch of mush.

By chilling the meat in the freezer, you will not only improve the texture of the meat, but you will also end up with a finer grind. In addition, there will be fewer meat smears, which is what happens when you grind the meat while it is fresh.

Here is how I grind chilled beef

And, from a food safety point of view, grinding semi-frozen meat is safer as it helps to prevent contaminants and micro-organisms from sticking to the ground-up meat.

Should you freeze your equipment when grinding meat

Yes. For optimal results, whether you are using a food processor or a grinder, it is best to place your equipment in the freezer to cool it down. This helps to ensure that your meat grinds into distinct particles as opposed to creating a paste.

If you are placing your fresh meat in the freezer, also place the blades, rotating “grind worm,” and the grinding plates in the freezer to cool it down.

These items may be removed and reassembled once you are ready to grind your meat.

What is the best temperature to grind meat

As previously mentioned, the meat should not be frozen solid. Ideally, the best temperature and consistency for the meat are between 130°F and 140°F (54C and 60C).

Furthermore, the temperature of the meat may affect the effectiveness of the equipment during grinding.

A 2008 study found that by lowering the temperature of the meat before grinding, it actually helped to remove a higher percentage of bone chips through the bone-removal system, as opposed to grinding at higher temperatures.

Can you grind frozen meat and refreeze it

Yes, it is safe to refreeze your frozen/thawed meat after you have put it through the grinder.

Keep in mind, though, that refreezing the meat may affect the texture, quality, taste, and safety of the meat. If these factors are a concern for you, then it may be best to only grind your meat when you are ready to cook and consume it afterward.

Or, purchase fresh meat, freeze it for up to 30 minutes, then grind it. After the meat has been put through the grinder, you can go ahead and freeze the meat.

Refreezing previously frozen meat, and continuing to freeze meat that has briefly been put in the freezer will yield different results.

How does refreezing affect the meat

Meat is affected after it has been frozen the first time. In order to grind the meat, it will need to be thawed out, at least enough for the meat to pull apart.

It is advised to cook and consume meat that was previously frozen and thawed out in order to grind the meat.

In addition, as the meat is thawing out, certain parts are thawed before other parts. This may make the meat prone to bacterial infection. This will result in two possible outcomes: the meat will start to decay and it will adversely affect your health as the meat may develop food-borne illnesses.

If you are in a hurry and just want to find out what the best cooktop scraper for glass, ceramic or induction cooktop is then we’d recommend the double end scraper as the best one. Cooktop...